ESA Medical Resources (gotbariatricjobs.com) is offering a great opportunity to join a growing general/bariatric surgery practice in Atlanta Georgia.  Seeking experienced and newly trained  bariatric surgeons. Accepting 2023 fellowship candidates.   Candidate should have advanced minimally invasive surgical training and experience. It is preferred that the candidate have EGD/Endoscopic or Overstitch experience..  Seeking hard-working candidate interested in exceptional patient care, and is a team player with a long-term vision. 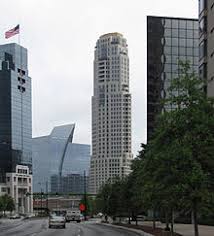 The practice is seeking candidates that demonstrate strong initiative to solve problems, curiosity, passion, and respect for others.

The practice opportunity has a multiple locations in the greater Atlanta area (Loganville, Buckhead Duluth).  The Atlanta metro has the fifth largest population in the U.S. with 5.9 million residents. It is a primary transportation hub of the southeastern U.S. The city contains the world headquarters of corporations such as Coca-Cola, Home Depot, UPS, Delta Air Lines and Turner Broadcasting. Although traditional Southern culture is part of Atlanta’s cultural fabric, it’s mostly the backdrop to one of the nation’s leading international cities. This unique cultural combination reveals itself at the High Museum of Art, the bohemian shops of Little Five Points, and the multi-cultural dining choices found along Buford Highway. Atlanta also hosts a variety of history museums and attractions, including the Atlanta History Center and the Martin Luther King, Jr. National Historic Site.The city is also home to a number of post-secondary educational institutions including Clark Atlanta University, Georgia Institute of Technology, Georgia State University and others.

Atlanta ranks in the top twenty among world cities and 10th in the nation with a gross domestic product (GDP) of $385 billion.  Atlanta’s economy is considered diverse, with dominant sectors that include aerospace, transportation, logistics, professional and business services, media operations, medical services, and information technology.  Atlanta has topographic features that include rolling hills and dense tree coverage, earning it the nickname of “the city in a forest”.[Revitalization of Atlanta’s neighborhoods, initially spurred by the 1996 Summer Olympics, has intensified in the 21st century, altering the city’s demographics, politics, aesthetics, and culture

If you wish to pursue this opportunity please email your CV to Liz Smith at liz@gotbariatricjobs.com  or call 270-320-6614 if you have any questions.