ESA Medical Resources is offering a great opportunity to join a growing general/bariatric surgery practice in the Tampa, FL area.  Seeking experienced and newly trained candidates. Candidate should have advanced minimally invasive surgical training and experience. It is preferred that the candidate have EGD/Endoscopic or Overstitch experience.  Seeking hard-working candidate interested in exceptional patient care, and is a team player with a long-term vision. 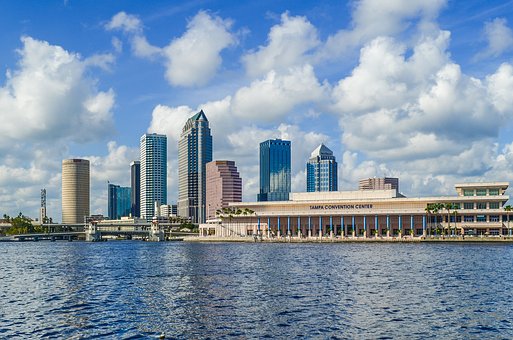 Practice opportunity is located in beautiful Tampa Florida. With its mix of historic architecture and modern landmarks, a culture infused with Cuban and Spanish flavors, vibrant business districts and beautiful waterways, Tampa is a wonderful place to work, play and unwind.

Downtown is alive with urban parks, including the gorgeous Tampa Riverwalk, hip bars and innovative restaurants and amazing restorations of turn-of-the-century buildings.

There’s no shortage of things to do in Tampa, whether it’s paddling along the Hillsborough River, sampling tequila at a margarita festival, enjoying a pro football or hockey game, riding a thrill-coaster at Busch Gardens or attending an opera at the Straz Center.

Tampa is known for being a great city for all ages and tastes, offering hotel accommodations that fit any budget and catering to everyone, including families, outdoor adventure seekers, and foodies and wine connoisseurs. Once known as a melting pot for all cultures and settlers, Tampa remains a welcoming place for those seeking fun, opportunity and a chance to try new things.

While it’s only a short, 30-minute drive to the beaches, Tampa’s real strengths lie in its city life. Tampa is on the west coast of Florida on Tampa Bay, near the Gulf of Mexico, and is the largest city in the Tampa Bay Area. The bay’s port is the largest in the state, near downtown‘s Channel District. Bayshore Boulevard runs along the bay, and is east of the historic Hyde Park neighborhood.

Today, Tampa is part of the metropolitan area most commonly referred to as the “Tampa Bay Area”. For U.S. Census purposes, Tampa is part of the Tampa-St. Petersburg-Clearwater, Florida Metropolitan Statistical Area. The four-county area is composed of roughly 3.1 million residents,making it the second largest metropolitan statistical area (MSA) in the state, and the fourth largest in the Southeastern United States, behind Washington, D.C., Miami, and Atlanta. The Greater Tampa Bay area has over 4 million residents and generally includes the Tampa and Sarasota metro areas. The city had a population of 335,709 at the 2010 census, and an estimated population of 392,890 in 2018.

If you wish to pursue this opportunity please email your CV to david@gotbariatricjobs.com