Physicians crave autonomy. They are independent thinkers who wants to use their expertise to treat their patients the best way they know how, but this disposition often comes into conflict with today’s healthcare system, which favors large hospitals and corporations. The number of independent practices is dwindling.

But every year there are physicians who decide to work for themselves. 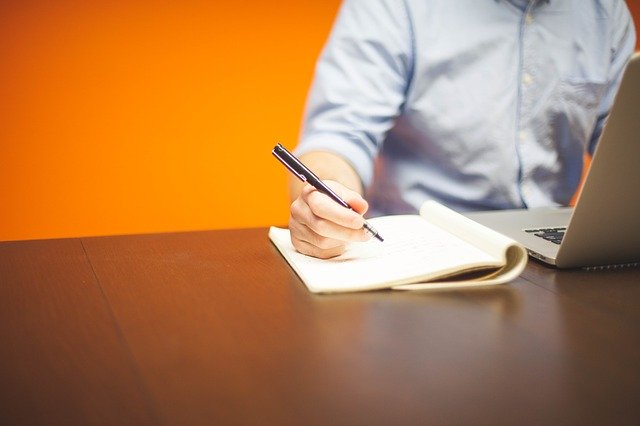 That’s exactly what James Underberg, MD, did. Underberg opened a concierge practice in 2009. But there is no roadmap for physicians like Underberg, so we sat down to discuss the benefits and challenges of opening a new practice.

Medical Economics: Why did you decide to go out on your own to open a practice?

Underberg: I had been in a large multi-specialty group practice for many years, and that was the only type of practice I know. Our practice was being acquired by an even larger practice, and I made the decision at that time that it wasn’t right for me. Everyone has different goals, desires and different ways that they see themselves in practice. And for me, I wanted more control over the way I did things. I explored a lot of different options and decided what made the most sense for me was to actually go in the opposite direction and open up my own independent practice.

And much to everyone’s suggestion that it couldn’t be done, it can be done. It’s not simple. It’s not easy. Many physicians don’t like being their own boss anymore, although that was something and it was a reason a lot of people used to go into medical practice many years ago.

But there are lots of people available to help you in this process. And so, all you need to do is find the right people, get the right suggestions, research things very carefully. Spend some time learning and understanding it can be done. And nothing is simple, nothing is easy, but oftentimes taking control back and being more independent and the way you see and manage your own practice leads to more professional satisfaction if that’s what you’re looking for. And so I tell people don’t think that there’s only one way of doing things, because there are options. And you need to imagine them before they happen.

ME: What are some of the major challenges that you experienced? And how did you go about solving them?

Underberg: I think the first and most important thing is making sure you explain to your patients what you’re doing. And so if you’re leaving a large group practice, you want to make sure that there’s a way you can communicate to your patients that you’re leaving. Often there are legal issues around that depending on what the structure is of the group you’re participating with, or a member of or a partner of and how you’re leaving. But, ultimately, the one thing you do have to remember is that patients can do whatever they’d like. If you do leave, patients often find you and if they have a good relationship with you, they will seek you out.

That’s the one thing I remind people is that it’s all about the relationships you have with your patients. That’s the strongest thing that ultimately leads to the development of independent practice. The next is that once you are an independent practice, or you’re starting an independent practice, is making sure you have the infrastructure around you to make that successful. That means good legal advice, good financial advice. If you’re going to be moving to a new facility, finding a place that works for you both physically, structure wise, workflow wise, and also financially.

For me, it was making things as simple as possible. So, I didn’t want to have to reinvent the wheel. It was much easier for me to find space in a pre-existing doctor’s office then build my own space. But other people like to start from scratch and that’s always an option, too. Finally, I still participate in most of the insurance plans I was in, so I had to recontract with most of those plans. There are plenty of people available to help you with those processes, including many of the small EHR vendors who are willing to also help you with billing, contracting, and credentialing. There are a lot of options out there, you just have to set up the structure and the infrastructure to make it something that works well for you.

ME: What strategies did you use to convince your patients to follow you to your new practice?

Underberg: For my transition, it was fairly easy for most of the patients to follow me. They had seen me for many years, and I was encouraged by how many wanted to continue to see me in my new practice. I think one of the most important parts of this process is to make that transition simple and easy for the patients. They should be able to reach your office. There should be lots of different ways to contact you. Your office should be very helpful in making sure that records can be transferred, and you want to make sure that you have a good transition and relationship with the practice you’re leaving, so that that transfer of records is simple and easy for patients who want to make the move.

Ultimately, it all comes down to ease of communication. And if that process is simple for the patients, it’s very easy to make the transition. If the patients perceive barriers, whether it’s communicating with you, or getting records transfered, having things proceed as smoothly as they had in your old practice, then they might not come.

And so, I think it’s important to define those concerns and issues early and make sure that you’ve worked through all the kinks before you make the move.

ME: You obviously learned a lot opening your new practice. Is there one thing you wish you knew then that you know now?

Underberg: I might start the process earlier. I think interacting with experts who have helped physicians do this is a key and important part of this process. And there are lots of people available who can help guide you and who have gotten through the process before, and connecting with them long before you actually think making the move is going to happen is probably the thing that I would have done differently. I waited, partially because I wasn’t sure what I was going to do. And then once I left, things took a little longer to be set in place. The other thing someone told me, which I thought was very wise, was that once you make the move, realize that it takes almost a year to have everything working the way you want it to.

So take a deep breath and realize that nothing is perfect right off the bat. You’re just going to have to live with that in the beginning, because you’ve been somewhere else where things are working relatively smoothly for a long time. Knowing and understanding that I think helps you get through those rough spots in the beginning because there’s always going to be something—the phone doesn’t get connected the way you thought it was, the electronic records don’t transfer over the way you would like to, or the internet isn’t working properly, the EHR doesn’t work properly. And so, you just have to give it time.

ME: For the physician that’s reading this that’s thinking about opening their own practice, what advice do you have for them?

Underberg: If a physician was thinking of making a move from a large practice to solo or independent practice, the first thing I would advise them to do is to find or seek out someone else who has already done it, and talk to them in detail about all of the things that they thought went smoothly, and all the things they thought maybe didn’t go so smoothly and what their options were. I think the more people you talk to, the more you learn about the best way to make it happen. All that said and done, be flexible, because things don’t always work out the way you think they will. Perfect example is I chose an EHR system. And several weeks in realized it wasn’t right for me and stopped and moved to another one rather than continuing with one that I realized wasn’t right for me. So again, understanding that you may make a mistake, and it’s OK to backtrack, is another key and important factor.

Reproduced with the permission of Physician Practice/ written by Chris Mazzolini, Copyright (c) 2020 Physicians Practice Inc. www.physicianspractice.com Physicians Practice shall not be liable for any errors or delays in the content, or for any actions taken in reliance thereon.

This blog has been posted by www.gobariatricjobs.com