Home » Employed or Own You Own Practice – Physicians Speak Out

Employed or Own You Own Practice – Physicians Speak Out 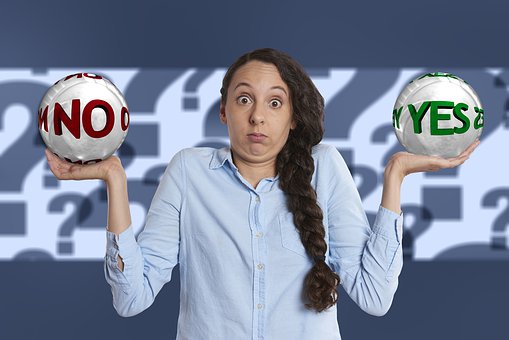 Considering Owning Your Own Bariatric Surgery practice? I am often asked by bariatric surgeons is it better to work as an employed doctor or go it on your own. There is no easy answer. This article by Gabriel Perna best describes the factors to consider when make that decision.

Ripley Hollister, MD, has seen the changing wave of practice models in this country from two different perspectives.
As a board member of the Physicians Foundation, a nonprofit physician advocacy group, Hollister has seen it from a pure numbers perspective. In 2016, Physicians Foundation surveyed more than 16,000 physicians and found that approximately 32 percent were independent practice owners, down from 48 percent in the 2012 version of the survey. Conversely, 57 percent of physicians identified as hospital or medical group employees, up from 41 percent in 2012.
Hollister has also seen the shift firsthand as an independent family physician in Colorado Springs, Colo. He can relate to the struggles many of his colleagues went through before going the employed route. “[I’m] struggling to maintain my independence and find my way through the economic morass and the administrative and governmental regulations and narrow networks,” he says.

Hollister, who has been employed for a brief period of time when he first moved to Colorado Springs in the early 1990s, says he wants to be independent as long as possible, even weighing a potential jump to direct primary care (DPC) medicine, eschewing payer contracts, to do so. For those with an independent spirit like him, employment is not really an option. However, he admits outlying forces are pushing against his personal desires. For one thing, he wears many hats, to say the least:

“Then I have all the other factors that come with dealing with the medical practice — EHR selection, the expense and support of that, standing orders and protocols, medical supplies, and how to interact with government and insurance contracts, as well as [compliance] with the ACA and Medicare Access and CHIP Reauthorization Act of 2015 (MACRA),” Holliser adds.

Most of these are not issues employed physicians have to deal with on a regular basis. As such, Hollister understands why physicians make the switch, especially in an era of tightening regulations.

There’s also another factor spearheading this shift from independent to employment. As Marni Jameson, executive director of the Association of Independent Doctors, puts it: “It usually means more money.”

Tommy Bohannon, vice president of sales operations at Merritt Hawkins, a physician recruiting firm, says employed physicians enjoy a steady paycheck and a level of certainty that practice owners do not get. Plus there are better health benefit packages, he says, and it’s better for those focused on having a better work-life balance. “This is certainly more appealing to younger physicians,” he says.

To that point, there is also the matter of medical school debt, which also favors employment. “Physicians come out of med school…with six or seven figures of debt. They have to make some significant economic decisions right off the bat,” Hollister says. To these younger physicians, employment offers that steady paycheck.

On the other end of the career spectrum, experts say employment offers physicians a better path towards retirement. This is important as more and more physicians contemplate retirement, according to the Physicians Foundation survey. The Physicians Practice Great American Physician Survey affirms this, indicating more than 20 percent of physician respondents are planning to retire in the next three years.

“As physicians contemplate retirement, because we’re concerned about where our patients will go when we leave, one avenue that works well in that regard is selling your practice into a bigger system,” says Hollister. Doing so can help relieve physicians of not just patient commitments, but financial ones as well, such as land and equipment leases and properties. On the flip side, Bohannon says small practice physicians are unlikely to have this kind of succession plan in place.

Despite many physicians making the move, there are some, like Hollister, holding onto their independence as long as they can. Daniel Hoffman, MD, a primary-care physician in Dunlap, Ill., says he is “too damn independent” to ever sell his practice. He sees plenty of advantages to being an independent physician, including some simple things.

“My waiting room right now is decorated for Halloween. There are mannequins of Pinhead from Hellraiser, Freddie Kruger, Michael Myers, the guy from Scream, Frankenstein, Chucky, and Hannibal Lecter. Full-sized mannequins in the waiting room. If I tried that [in an employed practice], the hospital would fire me on the spot,” Hoffman says. “I can do it here and people can bring their kids to check out the mannequins and have fun.”

This independent spirit, mentioned also by Hollister, is why Hoffman is the last guy in town to have not sold his practice to an employer. He says economically, being a practice owner gives him a sense of entrepreneurship that he’d never get as a hospital employee. He is a business owner with control over his medication and equipment supply. He can also receive numerous tax deductions to help himself financially, an opportunity not afforded employed physicians.

Linda Girgis, MD, an independent family medicine physician in South River, N.J., is another independent spirit who likes the control her private practice allows. She says it allows her to try new services and find new ways to make more money, such as cosmetic procedures. Furthermore she says, “You can make changes in your practice without having to go through different approval stages. I want to pick a new EHR, I can do that. If you’re employed, you don’t get much say over that.”

Marni Jameson from the Association of Independent Doctors says that in an independent practice, doctors get to call their own shots when they run their own business. On the flip side, she says, because of having to fill quotas and complying with the hospital’s rules and regulations, physicians’ allegiance changes from the patient to their hospital employer when they become employed.

“It’s insidious and they don’t mean for it to happen, but it does,” she says. “When they have a hospital administrator looking over their shoulder, their head is inadvertently turned [from the patient] and they’re thinking about their employer.”

From a compensation standpoint, Jameson and Hollister both warn physicians that the employment contract is often front-loaded in the first year, with big carrots offered to incentivize physicians to sign.
Beyond that “honeymoon year,” as Hollister calls it, the contracts often include provisions which make it difficult for the physician to provide clinical care freely. They also include non-compete clauses which make it hard for physicians to practice medicine in their area if they ever leave that hospital.

The ability to have a quality encounter with patients is why Landon Roussel, MD, an internist who runs his own DPC practice in Lutcher, La., left employment. At the age of 32, Roussel is a rare younger physician who runs his own practice. He says ever since residency, he only could see himself doing clinical medicine as an independent physician.

But when he moved to Louisiana from Cambridge, Mass., he didn’t know anyone in the area and didn’t want to take out a loan to start his own practice. As such, he took an employed position as a hospitalist with a local hospital, in a contract designed to last one year.

Six months in, Roussel and the hospital agreed to amicably part ways. He didn’t like the job, in particular having to hand his patients off to specialists, rather than tracking their condition on his own. He also just hated the hospital’s focus on the bottom line, rather than the quality of the patient care.

“Hospitals wants to have high throughput and high quotas. That’s how they get paid. As a hospitalist, I had 15-20 patients on my roster per day, including a few discharges and admissions per day. You got paid for doing more; the quality was secondary. You get paid by CPTs codes, so if you can rack up more CPT codes that means more [relative value units], which means more compensation. That’s the bottom line,” Roussel says. “That’s frustrating because RVUs don’t translate to better patient [care].”

Being independent gives him peace of mind and the ability to create his own schedule, rather than chasing a carrot on a stick on a treadmill. In turn, he can provide better care to his patients, rather than seeing them as a means to fill a quota. Thus far, his DPC practice is half full and thanks to an aggressive marketing plan, he expects it to be completely booked within the next year.

Roussel and others say the time is ripe for physicians to go the independent route, thanks to the shortage of primary-care physicians. His advice to aspiring independent physicians is develop a knowledge of the business of medicine, form community relationships, and ultimately, understand that “people will move their feet to a good doctor.”